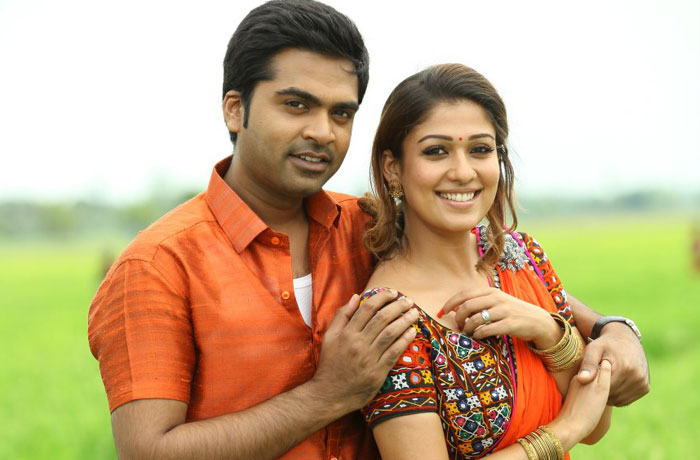 And not just for Simbu. There is a scene in which Nayanthara asks Simbu what to name their daughter and he comes up with names like Aishwarya, Shruti etc. To this, Nayan replies they should name their son as Arya, Dhanush, Simbu etc.

Caught the drift? Well, it is precisely on such lighter moments the film directed by Pandiraj relies upon and the director, in association with Simbu, Soori, Nayan and Andrea, pulls it off well.

There is no rocket science behind ‘Idhu Namma Aalu’ as it is a simple story that talks about an IT professional, his present, and more importantly, his past.

Simbu, who is now a project manager in a software company, has several break-up episodes in his flashback. When he visits his native, his father (Jaya Prakash) wants him to have an arranged marriage.

As it happens, Siva comes across Myla (Nayanthara), and yes, you guessed it right, cupid strikes him. Even as things proceed fast towards their wedding, Myla comes to know about Siva’s past (he was in love with her friend- Andrea).

The rest of ‘Idhu Namma Aalu’ is about whether Siva is able to join hands with Mylaa or this relationship too hits the rocks. There are some interesting twists and turns before the film reaches the climax.

Despite hitting the screens late, ‘Idhu Namma Aalu’ is fresh and more importantly, it is light-hearted. Watching Simbu is like watching one of our friends. The actor is good and looks casual. Soori adds immense value with his dialogue delivery.

Nayanthara has a role to score while Andrea Jeremiah looks gorgeous. Jayaprakash and other members of the cast are good. The film has music by Simbu’s brother Kuralarasan (debut) and some of his songs are good.

A feel-good entertainer, ‘Idhu Namma Aalu’ has its own flaws. But it has huge chances to strike a chord with today’s youngsters, especially those who work in IT field. Decent show by Pandiraj and team.