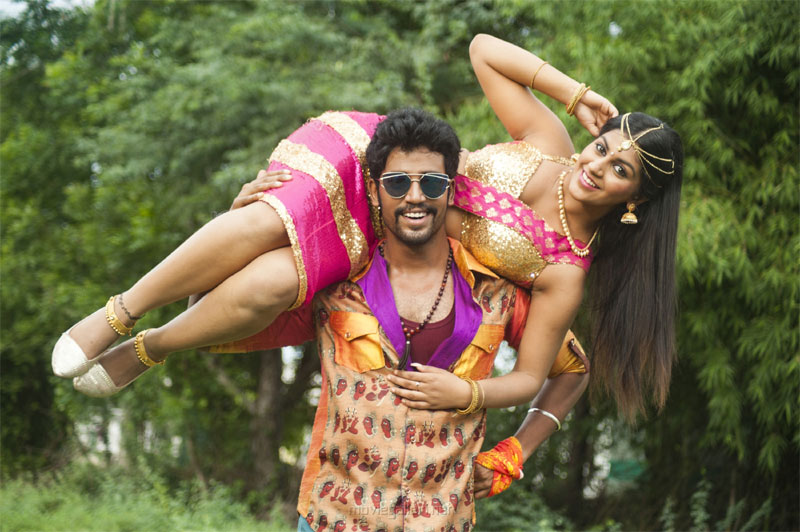 Thambi Ramaiah belongs to a landlord family who does not go to any work and sells his belongings for a living.

Just like him, his son Umapathi also does not go to any job and spends time roaming with his uncle Vivek Prasanna.

One day, Thambi Ramaiah along with his relatives go to the house of his younger sister to ask her daughter Mridula Murali to get married to his son.

However, Mridula’s father Jayaprakash does not agree to their marriage as Umapathi does not have a job. He insults both Thambi Ramaih and Umapathi.

The hero now challenges that he will become a businessman in six months time and will come back to marry Mridula.

The heroine who has a soft corner for the hero gives him the idea of setting up a windmill. While the cost a windmill is three crore rupees, she says that one crore can be received as government subsidy, one more crore can be asked as loan from bank and suggests to get the remaining one crore from the villagers by making them as stake holders.

When the money is collected, father and son go to the city to do the paper works, where they are cheated by a taxi driver who flees with their money.

After loosing the money the duo get back to the village and have to face the ire of the villagers. Did Umapathi succeed in his challenge, how did they convince the villagers, did he become an entrepreneur forms the rest.

Umapathi has done a decent job for his character. He has done exceptionally well in the dance sequences. His conversations with Vivek Preasanna are thoroughly enjoyable.

Thambi Ramaiah who has returned to direction has given a complete family entertainer and has also given the proper launch pad for his son.

He gets the work done to near perfection. We do not have to talk about the national award winning actor’s acting skills. Apart from this the rest of the cast has also done a decent job. Music is also pleasant and soothing.

Apart from the few hiccups in the screenplay, Maniyar Kudumbam is a good family watch.